He is currently a MQ Transforming Mental Health Fellow. Prior to his arrival in London with a European Marie Curie Fellowship, he has done research  in France, Brazil and Canada. More information at: 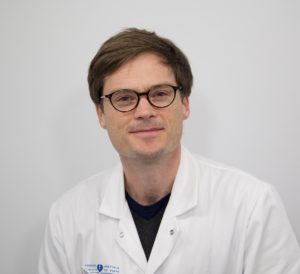 Hugo is a visiting scholar from Paris Diderot University (INSERM UMR 1141), France. During his PhD under the supervision of Franck Ramus at the LSCP (Cognitive Sciences and Psycholinguistics Laboratory, Paris) he examined the environmental factors influencing cognitive development during the preschool period in the French EDEN cohort. He is also consultant in child and adolescent psychiatry at the Robert Debré hospital in Paris. His current research focuses on methodological approaches using polygenic instruments within family-based designs to study the effects of prenatal environmental factors on cognitive development. 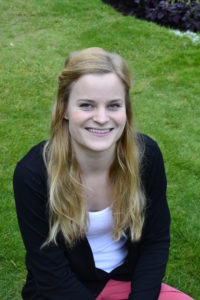 Tabea has joined the lab as a postdoctoral researcher after completing her PhD at the Institute of Psychiatry, Psychology and Neuroscience (King’s College London). During her PhD, she examined the link between cannabis use and mental health outcomes. Her current research focuses on investigating risk factors and consequences of substance use, including cannabis use. In particular, she is keen to apply more stringent statistical methods such as quasi-experimental designs and genetically informed methods to elucidate and disentangle risk effects on mental health in large epidemiological datasets. More information at: 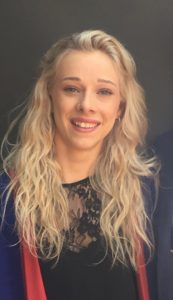 Jessie is a Sir Henry Wellcome post-doctoral fellow at UCL and visiting researcher at the Social, Genetic and Developmental Psychiatry (SGDP) Centre at KCL. She completed her undergraduate degree in Psychology at the University of Warwick and master’s degree and PhD at the SGDP Centre, KCL. She then joined the CMAP Lab as a post-doctoral research associate working on an MQ-funded project on bullying victimisation and mental health. Her current research focuses on understanding the links between adverse childhood and mental health, using genetically informative designs and statistical methods to strengthen causal inference. As part of this, she is collaborating with researchers at KCL, the University of Bristol, the Karolinska Institute, and the Norwegian Institute of Public Health. She is also interested in open science and co-leads the ReproducibiliTea journal club at UCL. 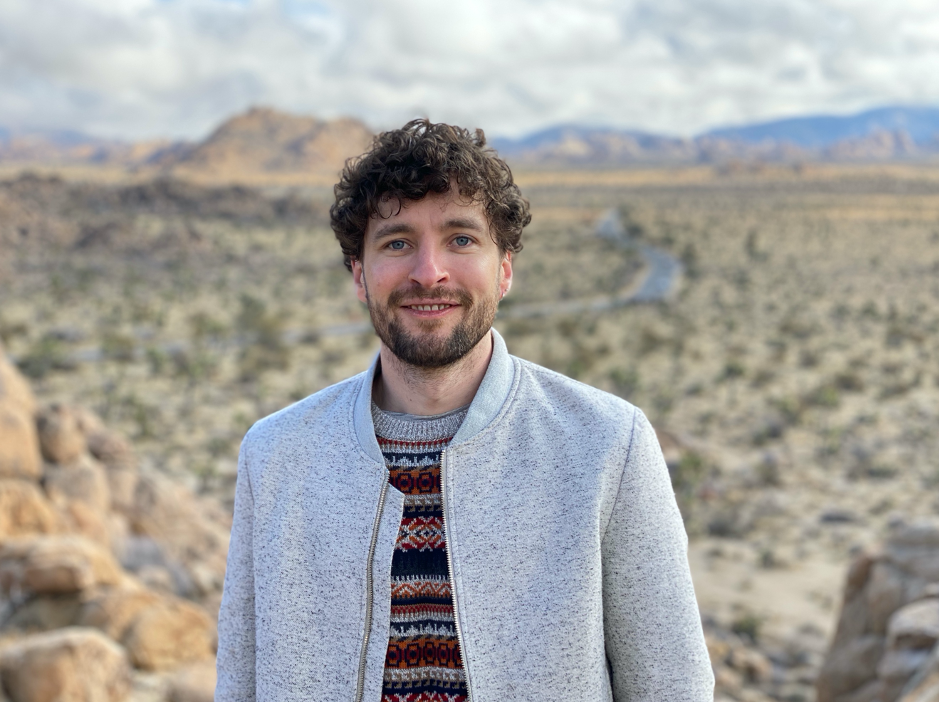 Wikus is a postdoctoral researcher at the lab. He completed his PhD at the Centre for Brain and Cognitive Development at Birkbeck on adolescent psychotic experiences such as paranoia, how these experiences overlap with mental illness, and its association with tobacco use. Wikus has a first-class BSc in Psychology from Birkbeck and an MSc from King’s College London in Early Intervention in Psychosis. He has eight years of clinical experience in the addiction sector as a practitioner and manager at substance misuse treatment services in London. He is interested in advancing our understanding of the early development of adverse mental health in the general population to ultimately improve prevention and early intervention efforts. Wikus currently uses genetically informed designs to investigate the aetiology and causal mechanisms involved in childhood ADHD and bullying victimization. 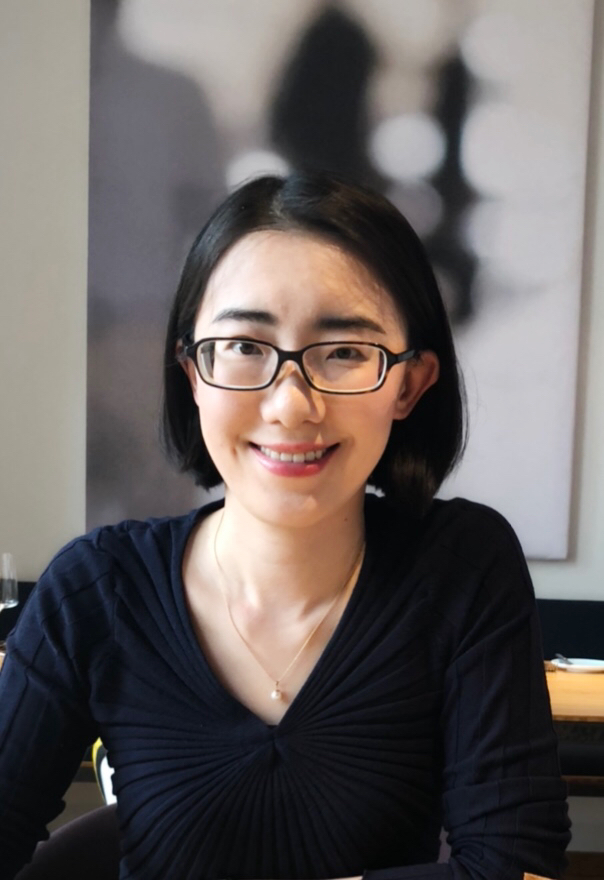 Biyao joined the lab as a post-doctoral research associate on a Nuffield-funded project. She completed her PhD in Developmental Psychopathology at University of Goettingen in Germany. During her PhD, she investigated the development relationship of general sleep problems and the transdiagnostic, general psychopathological factor of dysregulation profile. Her current research focuses on understanding the intergenerational transmission of educational achievement. By implementing data of general population samples of trios and genetically informed methods, she aims to quantify the putative causal effect of parental education on children’s educational achievement and distinguish between genetic and environmental pathways of transmission across generations. 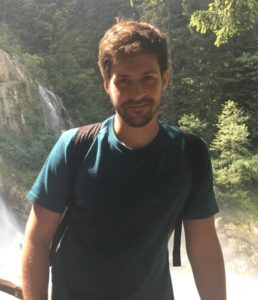 Andrea joined the lab as postdoctoral researcher after completing his PhD in statistical genetics at the Social, Genetic and Developmental Psychiatry centre, King’s College London. During his PhD project Andrea focused on the application of multivariate genetic methods to better understand the (co)occurrence of complex phenotypes across child development. His research interests focus on genomic based prediction and inference, gene-environment interplay, and the developmental co–occurence of psychopathology related traits.

He joined CMAP to investigate the intergenerational transmission of mental health problems using genetically based methods for causal inference. 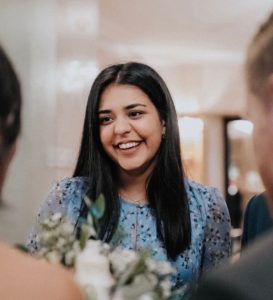 Eshim joined the lab in November 2020 as a postdoctoral researcher. Prior to that, her PhD in psychiatric genetics was based at the Department of Biological Psychology at Vrije Universiteit Amsterdam. In her PhD work she used molecular genetics statistical methods to gain insight into genetic and environmental pathways of transmission of childhood mental health problems. In the CMAP lab, she will continue to investigate intergenerational transmission of mental health problems using genetically informative methods. 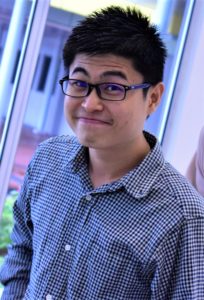 Kai graduated from University College London (UCL) with a first class and Dean’s List award in BSc (Hons) Psychology. During his undergraduate project, his research focused on how low birth weight affects Attention-Deficit/Hyperactivity Disorder (ADHD) using twin difference designs under the supervision of Dr Jean-Baptiste Pingault and Professor Essi Viding, a paper now published in the Journal of Child Psychology and Psychiatry. He then completed an MSc in GED PP (Genes, Environment and Development in Psychiatry and Psychology) with distinction, at the SGDP (Social, Genetics and Developmental Psychiatry) centre, King’s College London. He is currently pursuing a PhD under at the same research department under the supervision of Professor Fruhling Rijsdijk and Dr. Jean-Baptiste Pingault. His PhD thesis focuses on investigating the genetic and environmental aetiologies of self-harm, particularly in the aetiological differences between suicidal and non-suicidal self-harm. 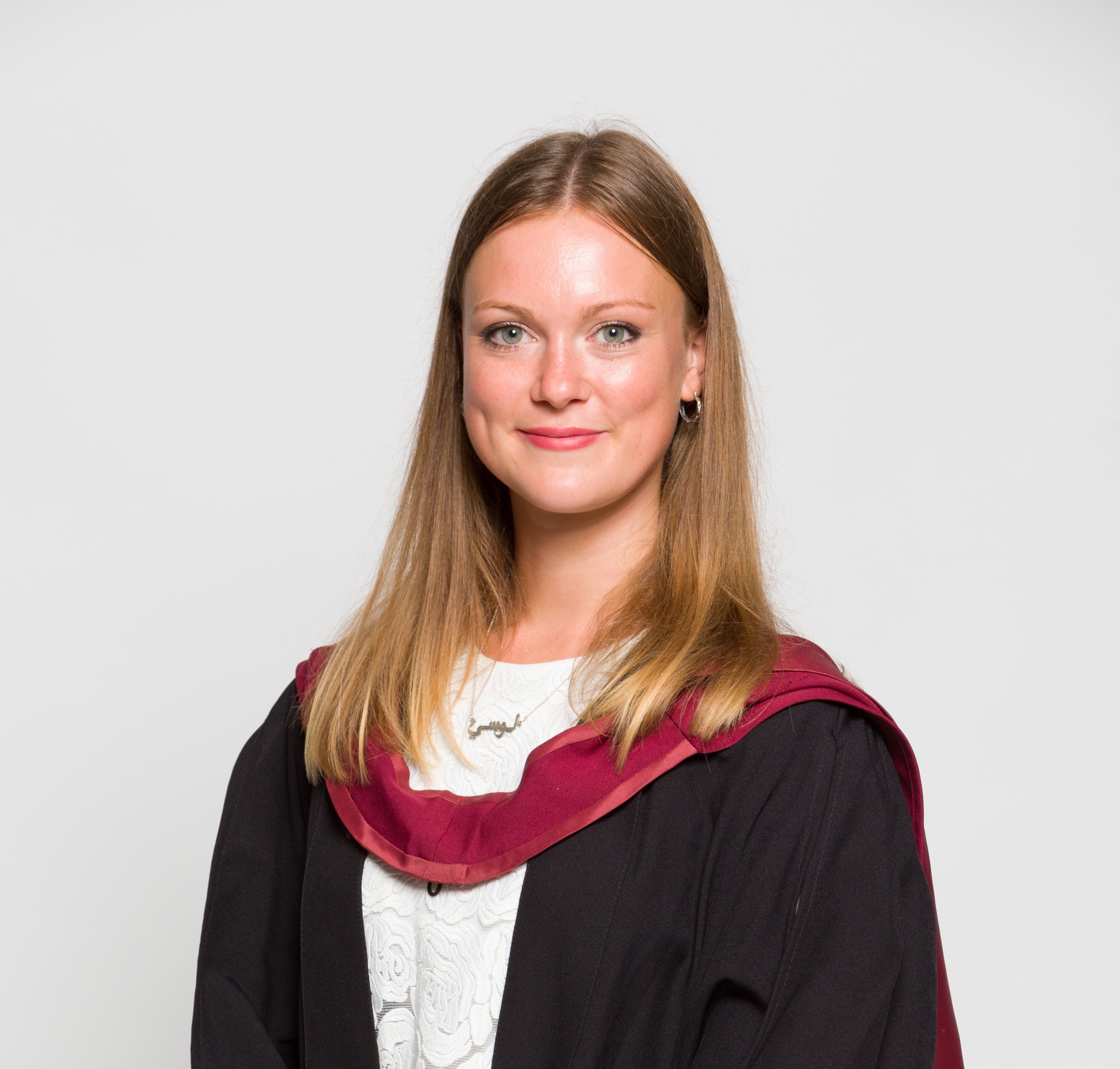 Lucy received her BSc in Experimental Psychology from the University of Bristol (2012 – 2015). She collaborated with the Tobacco and Alcohol Research Group on her final-year dissertation which investigated the role of state anxiety on social evaluation learning using carbon dioxide inhalation methods. She gained a distinction for her MSc in Forensic Mental Health Research at the Institute of Psychiatry, Psychology and Neuroscience, King’s College London (2015 – 2017) and was awarded the Sheilagh Hodgins Prize for the highest dissertation mark in her cohort. She then worked at the Tavistock and Portman NHS Foundation Trust (2017 – 2018) as an Assistant Research Psychologist on an NIHR funded multi-site project investigating the effects of personalised interventions for early onset conduct problems. She started her jointly funded ESRC / BBSRC PhD Studentship in the Department of Epidemiology and Public Health, University College London in October 2018. Her current research uses causal inference designs to better understand the aetiology of conduct problems, specifically the biosocial risk factors associated with the development of antisocial behaviour. She hopes that the results from her PhD will inform future research, clinical assessments and evidence-based treatments for early-onset conduct problems. 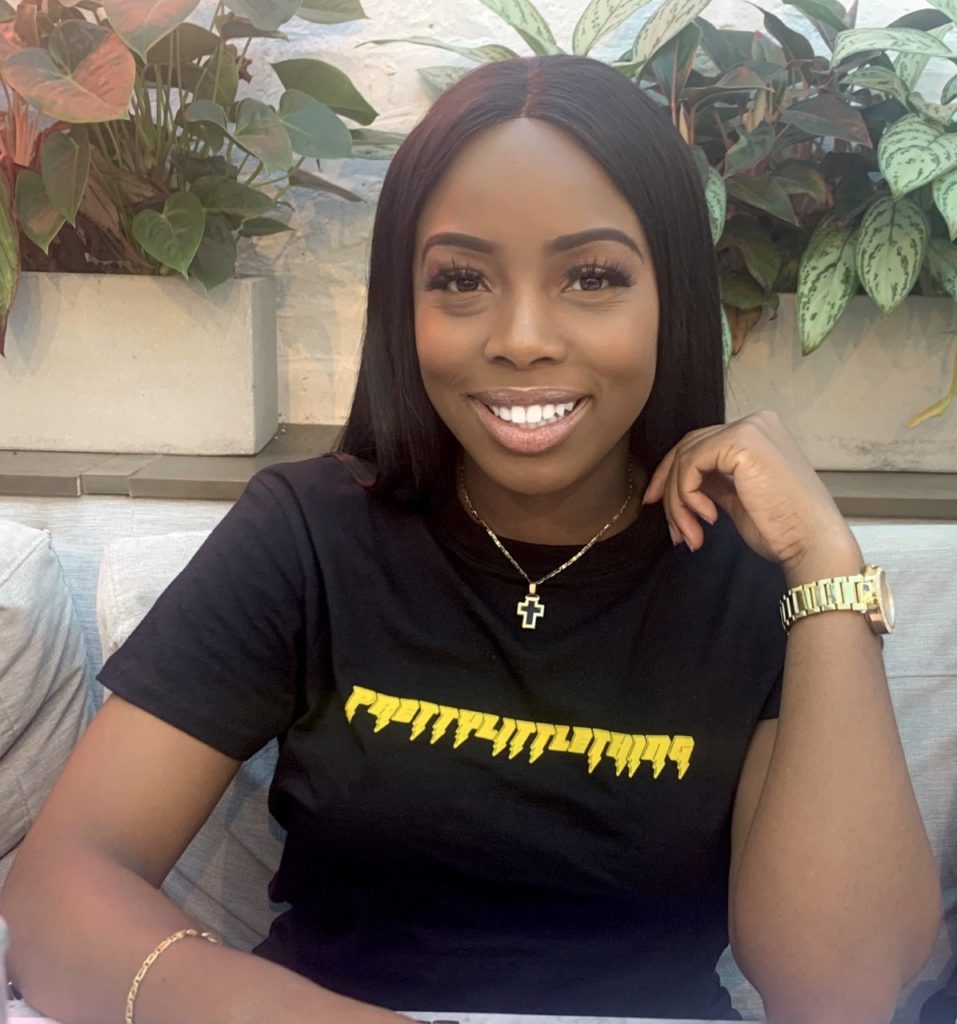 Tracy graduated with a Masters Distinction in MBiol Biochemistry from the University of Portsmouth (2014-2018). She underwent her masters as a placement year based at St George’s Hospital London in the Genetics Department, working on the 100,000 Genomes Project. Her masters project focused on Cancer Genomics and the Molecular Profiling of Colorectal Cancer. In September 2020, she started her jointly funded ESRC/BBSRC PhD Studentship in Biosocial Research in the Department of Epidemiology and Public Health at the University College London. Tracy is conducting a rotation project within the C-MAP laboratory, supervised by Dr Jean-Baptiste Pingault. 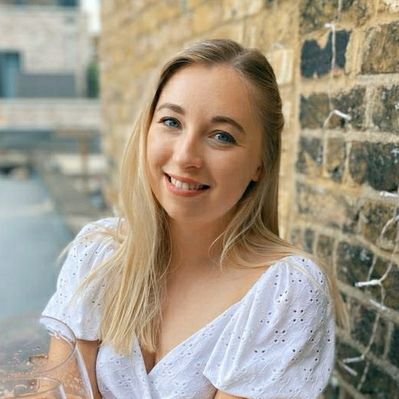 Emma Francis is a PhD candidate carrying out a rotation project at the C-MAP lab as part of the UCL-Birkbeck MRC Doctoral Training Programme. She previously completed her undergraduate degree in Psychology at Queen’s University Belfast, and master’s degree in Psychiatric Research at the IoPPN, KCL. Emma has also previously managed the Clinical Trial Unit at South West London and St George’s NHS Trust. Her rotation project at C-MAP, supervised by Dr Jessie Baldwin and Dr Jean-Baptiste Pingault, aims to examine whether there are genetic predictors of resilience to mental health problems in the context of bullying victimisation.

Leonard recently joined the lab as a PhD student awarded with a fully funded PhD studentship by the European Research Council (ERC). He graduated from Ruhr-University Bochum (RUB) in Germany, where he studied Psychology (BSc), including a research stay at the IoPPN (Institute of Psychiatry, Psychology & Neuroscience), King’s College London. Afterwards he finished the MSc Psychology, specialising in Cognitive Neuroscience at the RUB. Leonard has been working in the Department of Genetic Psychology at the RUB since his second year as an undergraduate student. For his undergraduate project, he investigated epigenetic modifications in the association with childhood adversity and stress reactivity, a paper now published in Psychoneuroendocrinology. During his postgraduate project, Leonard was working in the field of ‘Therapygenetics’, using the genetic constitution to predict the outcome of exposure-based psychotherapy in individuals with anxiety disorders. For his PhD project at the C-MAP lab, supervised by Dr Jean-Baptiste Pingault and Professor Frank Dudbridge, he investigates intergenerational transmission of risk factors contributing to mental health problems of the offspring. 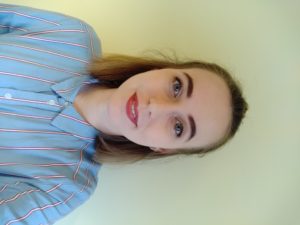 Sarah is a PhD candidate currently completing a rotation project at the C-MAP lab as part of the jointly funded ESRC/BBSRC PhD Studentship in Biosocial Research at UCL. Before starting her PhD training in September 2020, Sarah worked as a mixed methods Research Assistant at the Anna Freud National Centre for Children and Families, evaluating school-based interventions for young people’s mental health. Prior to this she completed her undergraduate degree in Psychology at the University of Liverpool, where her research focussed on anxiety, cyberbullying victimisation and sexuality. Her interests are focussed on the wellbeing of adolescents and the impact of inequalities on their experiences. 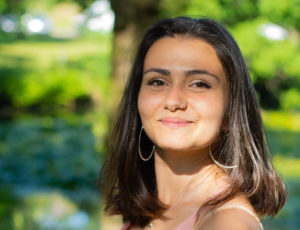 Giulia is a PhD student carrying out a rotation project at the C-MAP lab. She joined the UCL-Wellcome 4-year PhD in Mental Health Science in September 2020 and previously completed an MSc in Cognitive Neuroscience at UCL and BA in Psychology and Philosophy at the University of Stirling, Scotland. Giulia has also worked as Research Assistant at the UCL Clinical Psychopharmacology Unit, as well as worked as undergraduate Research Assistant on neuroimaging and cross-cultural research projects. During her rotation, she will be using data from the Avon Longitudinal Study of Parents and Children (ALSPAC) to explore the influence of polygenic scores on psychopathology symptoms using network analysis. 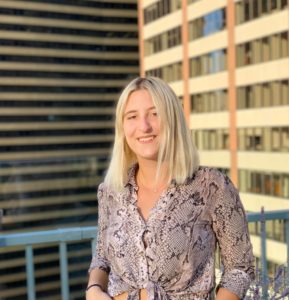 Anna is an MRes student in Developmental Neuroscience and Psychopathology at UCL and Yale University. She completed her B.A. in Psychology and Sociology at Skidmore College, US. Anna has worked as a lab Research Assistant on a range of different psychiatric disorders. Her research interests are focused on the intersection of biological factors and environment and their effect on the development of childhood psychopathology. In addition, she is also interested in the multicultural perspective of psychopathology. 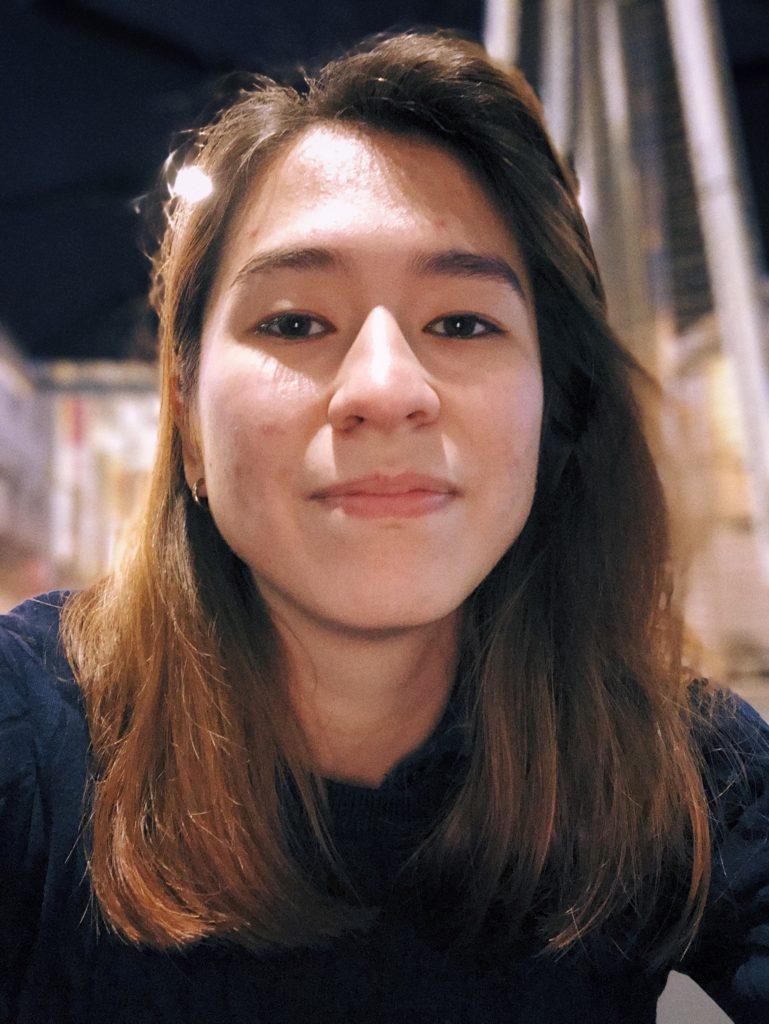 Ellen is a final year BSc Psychology student at University College London. For her dissertation on the association between substance use and psychiatric disorders, she is analysing GWAS summary data using Genomic Structural Equation Modelling to investigate the shared genetic mechanisms responsible for specific psychiatric disorders and use of substance. 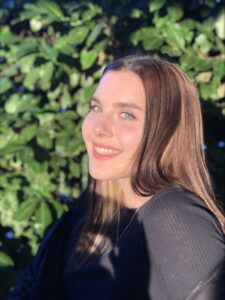 Elizabeth a third year MSci Psychology student at UCL, conducting her third-year project in the CMAP lab on the influences of parental cognitive and non-cognitive skills on the mental health of offspring. She is interested in psychiatric genetics and the neurological mechanisms underlying clinical disorders and hope to develop this into a career in research in the future. She is currently completing a UCL Psychology Summer Scholarship project on the attentional difficulties of patients with Attention-Deficit/Hyperactivity Disorder (ADHD) and stuttering, and she is hoping to continue research into ADHD in her final year and PhD projects. 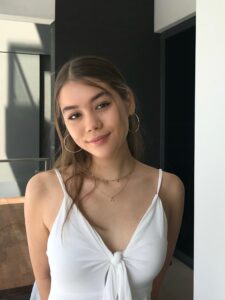 Ayana is a third-year BSc Psychology student at UCL undertaking her third-year project investigating the genomic effects on stability and changes in psychiatric behaviours using data from the Millennium Cohort Study. Her interests are in the genetic aetiology underlying the pattern of child and adolescent psychiatric disorders. She works part-time as an assistant to a clinical psychologist where she works one-on-one with children experiencing neurodevelopmental or behavioural difficulties. She hopes to continue working in the field of psychiatric genetics and clinical psychology post-graduation.